It has really been feeling like fall here in Michigan these last few days. It’s dark out by 7pm. The day’s high temperatures have been around 50*F. The leaves are starting to fall off the trees and people are decorating their homes with pumpkins.  I am more of a summer person myself, but really do appreciate this beautiful season. Especially those fall flavors! I love apples, and I finally get to break out those spices that have been dormant since Christmas time. So to honor the tastes of the season, I decided to make some Apple Pecan Stuffed French Toast!

French toast is one of my favorite hot breakfast options. It’s easy to make, its filling, and it satisfies my sweet tooth. So it was a natural thing to add a fall flare to my beloved breakfast food by adding the flavors of fresh apples, cinnamon,and nutmeg to the mix. The pecans add a nice texture difference and really complete the meal. The maple syrup I used comes from a farm operated by my husband’s uncle’s family. I have never tasted a better pure maple syrup! And it’s made right here in Michigan, only about an hour drive from my house! You can’t beat buying local. I love that I’m supporting another family with my purchase, rather than boosting sales for some big corporation. Thank you Bate’s Maple Syrup for the time and effort you put in to making amazing maple syrup!

In this recipe I used a slightly altered version of my Skillet Cinnamon Apples  to fill and top my delicious French Toast pieces. I prefer using sweet apples for recipes like this. I know they aren’t as crisp to start with as, say, Granny Smith apples, but since they only cook for a few minutes it’s unlikely they will over cook and turn to mush. Although, if you get side tracked and do end up cooking them too long, you will have just made applesauce instead! So, not a complete fail!

What do you think of my Apple Pecan Stuffed French Toast? Are these the kind of fall flavors you’ve been looking for? Do you have another idea for stuffing the french toast? Let me know in the comments! 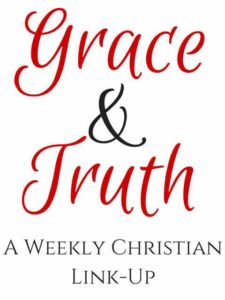